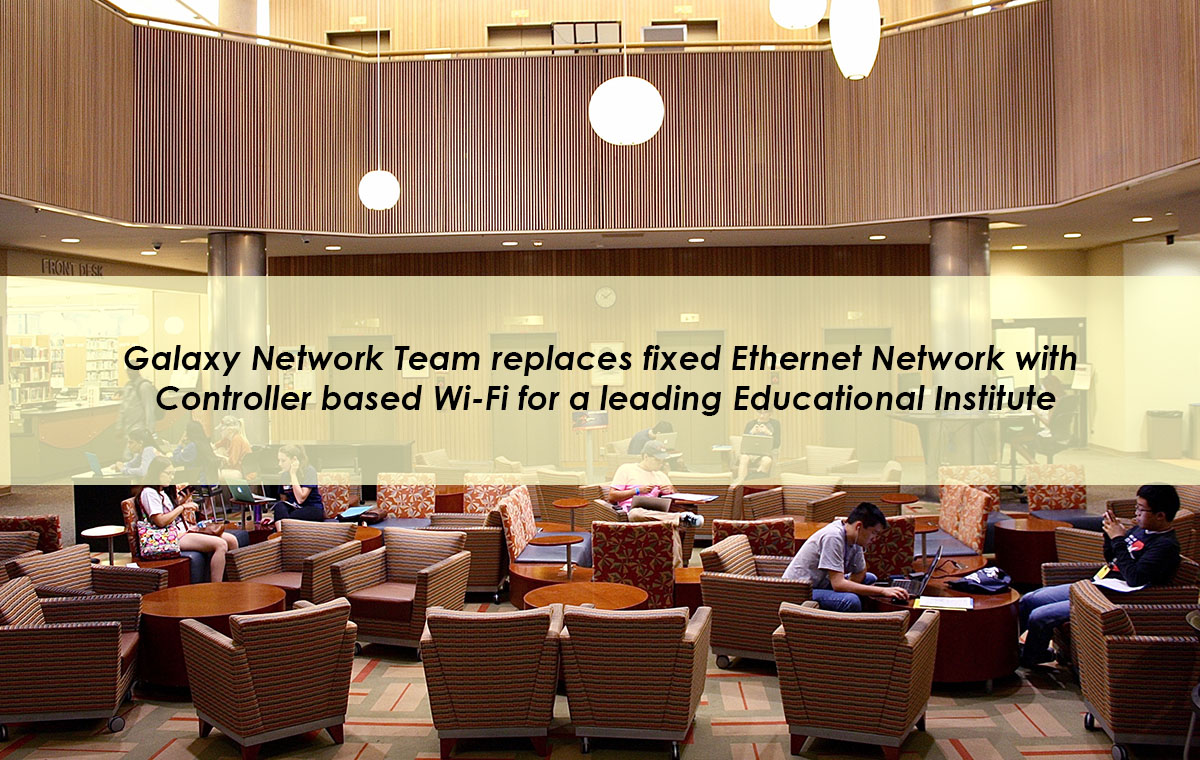 Institute was looking for fast WIFI connectivity for their hostel facility. The requirement was to enable Internet Access at Students quarters in hostel. They needed to boost productivity and efficiency for students by upgrading to a reliable, cost-effective wireless Local Area Network (LAN) and Wi-Fi smart phones for faster access. The site under consideration is a typical Dormitory / Apartment Layout, where there are multipleindividual flats on each room. There are four flats in one wing two such wings with two occupants in each room with six floors in the facility. They also wanted to have secured wifi connection.

The site survey was conducted to analyze both possibilities of covering multiple rooms with an Access Point (AP) positioned outdoors (on the passage way), as well as having an individual Access Point within each room. It was noted that by placing the AP outdoors resulted in mediocre coverage inside the rooms, as all the Adjoining walls are concrete walls. Moreover, the customer has a condition that APS cannot be mounted below a certain height in the passageways as it is a Hostel Environment.

The Galaxy networking team installed all the devises in premises and Galaxy technology services team configured all the access point.

“We’ve had great local technical support from Galaxy, and we have seen big improvements since using this new solution. With most students using Wi-Fi phones/laptops/smart phones, they can access Study martials much faster. Generally speaking, productivity has improved by up to two or three times” says. IT Head.

For a free consultation, please fill this form to contact us.